Guangdong Raynovent Biotech Co., Ltd (hereinafter referred to as “Raynovent”), is a sino-foreign joint venture focusing on the research, development and commercialization of innovative drugs in the fields of liver and respiratory diseases. Raynovent was established in October 2018, and headquarters in Guangzhou. It is one subsidiary of Guangdong Zhongsheng Pharmaceutical Co., Ltd, a renowned A-share company(Stock Code: 002317).

On the strength of our remarkable understandings and insights in the pathophysiology of respiratory and liver diseases, we focus on the new treatments R & D for critical diseases such as influenza, avian influenza, idiopathic pulmonary fibrosis (IPF) and non-alcoholic steatohepatitis (NASH). At present, 6 innovative drugs for NASH and respiratory diseases are in pre-clinical or clinical stages. ZSP1601, the first domestic innovative drug approved for clinical trials for NASH, and ZSP1273,the first domestic RNA polymerase inhibitor for influenza A and human avian influenza treatment and prophylaxis have entered into phase 2 clinical trials.

Our vision is to develop and deliver innovative therapies for patients with respiratory and liver diseases, especially viral and infectious diseases, and be a China-leading, World-class, Science-driven innovative biotech company.

Mr. Long Chao Feng is the Master of Clinical Pharmacology of Peking University Health Science Center. With over 20 years of experiences on Research and Development of New Drug,he has developed more than 10 new drugs and has generated more than 20 patents. He has won 1 China Patent silver Award,2 China Patent Excellence Award and 2 Guangdong patent Excellence Award. As the first and key contributor, He also won the first prize of Guangdong Science and Technology Progress Award.

Dr. Chen Xiaoxin recieved the Doctor of Medicine(M.D.) degree from Guangzhou University of Chinese Medicine, now as a Ph.D. candidate in Biomedicine Engineering of Sun Yat-Sen University. Dr. Chen was formerly the Director of Innovative medicine division and Vice General Manager of R&D Center in Guangdong Zhongsheng Pharmaceutical Co.,Ltd. With 12 years of experiences on Research and Development of New Drug, he has led the team to successfully complete 8 IND applications for class I primary innovative drugs and 2 IND applications for improved new drugs, all of which were approved for clinical trials and two of the innovative drugs have accessed to phase II clinical trials. All of the products focus on the therapeutic areas of cancer, respiratory, cardiovascular, and nonalcoholic steatosis hepatitis. He is professional at the whole process of drug research from project initiation, drug discovery, pre-clinical and clinical research to industrialization, Dr. Chen Xiaoxin has unique insights and rich experience in innovative drug R&D and management.

As the general leader of the project, he is in charge of dozens of national,provincial and municipal scientific research projects such as the National Scientific and Technological Major Project for “Major New Drugs Innovation and Development” with a total funding of more than 38M RMB.    As the main inventor, he has licensed 35 patents for inventions, including the PCT and has published 30 academic papers.    Currently, Dr. Chen Xiaoxin serves as the Vice President of China NASH New Drug Alliance,a member of the nanobiology branch of the China Association of Pharmaceutical Biotechnology, member of Science And Technology Expert Database and Project Evaluation Expert of Department of Science and Technology of Guangdong Province.

Mr. Li Hai Jun graduated from the Second Military Medical University and obtained a Master Degree in Medicine, and he is a certified clinician. Before joined in Raynovent, He acted as the Vice Director of Clinical Department in HEC R&D institute and as a Project Leader in Simcere Pharmaceutical. Mr. Li Hai Jun has 7 years of practiced clinical experience and over 10 years of clinical development and management experience of innovative drugs. He also obtained the Project Management Professional(PMP).With high sense of responsibility and efficient execution, he has successfully led and organized the early clinical research of several innovative drugs (including small-molecule and biologics).He is professional at the clinical development status and experience of different diseases such as liver disease, influenza, idiopathic pulmonary fibrosis and tumor.

Mr. Xing Liu
Secretary of the Board

Mr. Liu Xing graduated from Lanzhou University with a master's degree in biochemistry. Before joined in Raynovent, he worked as an assistant to the general Manager of Shanghai Haiyan Pharmaceutical Co., LTD., and as a medical researcher at Zheshang Securities.  Mr. Liu Xing has 6 years of experience in the pre-clinical research and development of innovative drugs and 4 years of experience in investment securities. 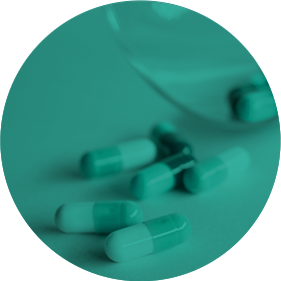 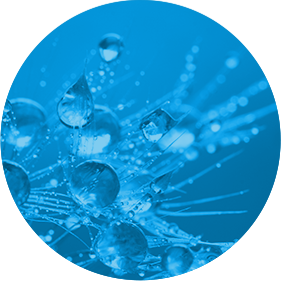 Zhong Nanshan, male, born in October 1936. Professor of Department of Respiratory Medicine, Guangzhou Medical University, doctoral supervisor, 973 Chief Scientist, academician of the Chinese Academy of Engineering, former president and consultant of the Chinese Medical Association. Honorary Professor of the University of Edinburgh, Doctor of Science of the University of Birmingham, Senior Member of the Royal Society of Internal Medicine (Edinburgh, London), the first "Hong Kong University Centennial Outstanding Scholar". The director of the National Respiratory Disease Clinical Medical Research Center. Currently he is the director of the National Respiratory Disease Clinical Medical Research Center. Academician Zhong Nanshan is a leading figure in the prevention and treatment of bronchial asthma, chronic cough, COPD, major respiratory infectious diseases (such as COVID 19, SARS, H1N1, H5N6, H7N9, MERS, etc.). He devotes himself to the major scientific and technological projects of the national 973, 863, "the tenth five-year", and "the eleventh five-year" and "the twelfth five-year" plans, major projects of the National Natural Science Foundation of China, and WHO / GOLD Committee Global Collaboration Projects. He has published more than 200 SCI papers in international academic journals, including New England Journal of Medicine、Nature Medicine、Lancet、American Journal of Respiratory and Critical Care Medicine、Chest and other international authoritative journals in the field of Respiratory diseases research, with a total of nearly 1,000 citations；he has published more than 400 papers in national journals sponsored by the Chinese medical association and other institutions; he has published more than 20 monographs such as "Asthma: From Basic to Clinical", "Internal Medicine" (National Unified Textbook), and "Respiratory Diseases"; he has obtained nearly 60 invention patents and more than 30 utility models. He has won more than 20 national and provincial science and technology awards including the second prize of the National Science and Technology Progress Award, the first prize of the Science and Technology Progress Award of the Ministry of Education, and the first prize of the Guangdong Province Science and Technology Progress Award. He has won dozens of honorary awards such as the National Bethune Medal (2004), Nanyue Merit Award (2011), Wu Jieping Medical Award (2011), Guanghua Science and Technology Achievement Award of the Chinese Academy of Engineering (2016), Huang Danian-style National Teaching Team Award (2017), reformist pioneer (an important promoter of the construction of public health emergency response system in China). Head of the high-level expert group of the national health commission（2020）.

Professor Wei Lai, Doctor of Medicine, chief physician, doctoral tutor，currently Chairman of China NASH New Drug Alliance, Director of Hepatobiliary and Pancreatic Center, Beijing Tsinghua Changgeng Hospital Affiliated to Tsinghua University, head of Fatty Liver and Alcoholic Liver Diseases Group, Chinese Medical Association. He served as director of the Institute of Hepatology of Peking University, director of the Department of Hepatology of Peking University People's Hospital, chairman of the Hepatology Branch of the Chinese Medical Association, member of the World Health Organization's Viral Hepatitis Prevention and Control Strategy and Technical Advisory Committee, Secretary-General of the Asia-Pacific Hepatology Society, participating in the development of hepatitis C guidelines for the World Health Organization, the American Society of Nephrology, and the Asia-Pacific Hepatology Society, one of the main authors of "Guidelines for the Prevention and Treatment of Chronic Hepatitis B" and "Guidelines for the Prevention and Treatment of Hepatitis C" in China, he also served as deputy editor-in-chief of "Chinese Journal of Liver Diseases" and deputy editor-in-chief of "Chinese Journal of Clinical Infectious Diseases". He was responsible for the national "Tenth Five-Year" scientific and technological research plan "China's chronic hepatitis C virus infection and hepatocarcinogenesis after blood transfusion;" hepatitis C standard substance research in the Ministry of Health ’s basic work, and experimental diagnostic technology platform for viral hepatitis in the Ministry of Health Professor Wei Lai has original innovative research in the natural history of hepatitis C, genotype, antiviral treatment of hepatitis C, and diagnosis of non-alcoholic fatty liver disease, and has won the second prize of scientific and technological progress of the Ministry of Education, the second prize of Chinese medical science and technology progress. He has published more than 200 articles in the field of liver disease.

Professor Niu Junqi, male, born in 1958. In 1988, he obtained a master degree in infectious diseases from Bethune Medical University. He received his doctorate in immunology in July 2000. He has been a visiting scholar in the UK and the US for 4 years. From October 1993 to December 1994, as a senior visiting scholar, he went to St. Mary's Hospital, University of London, UK to study the hepatitis C virus. From 1997 to 1999, he went to the University of Connecticut School of Medicine to study the anti-HCV ribozyme. In 2000, he was appointed as a doctoral tutor. Professor Niu has been working in the clinical first line for more than 20 years, devoting himself to the clinical diagnosis and treatment of infectious diseases. 1994, the first case of cholera in Jilin Province in more than 40 years was diagnosed and treated. n 1997, new peritoneal dialysis was first used to treat renal failure with hemorrhagic fever. Primary biliary cirrhosis was diagnosed in jilin province in 2000, and an artificial liver support system was introduced to treat liver failure in the same year. In April 2003, he first reported to isolate, treat and transfer the first batch of 7 SARS patients in Jilin province. In the same year, he was awarded the "May Day Labor Medal" by the Changchun City Federation of Trade Unions, the title of "Excellent Communist Party Member against SARS" issued by the Changchun Municipal Committee and the title of "Excellent Medical Worker Against SARS" issued by the Jilin University. He is the top 10 newsmakers in Changchun. In 2004, he was rated as an advanced worker in the national health system by the Ministry of Personnel and the Ministry of Health. In 2005, he was awarded the eighth batch of middle-aged and young professional technicians with outstanding contributions in Jilin Province and the first batch of top-notch innovative talents in Jilin Province. In 2006, he was awarded the second session of Bethune Famous Doctor. In 2007, he was awarded the title of advanced individual for emergency treatment of public health emergencies in the health system of Changchun City. In 2008, he was awarded the title of Young and Middle-aged Expert with Outstanding Contribution by the Ministry of Health and the second batch of "Senior Experts of Jilin Province", the third batch of "Senior Experts of Jilin Province" in 2011 Currently, Professor Niu is the vice chairman of China NASH New Drug Alliance, director of the Department of Hepatobiliary and Pancreatic Medicine of the First Hospital of Jilin University, and director of the Jilin Provincial Institute of Hepatology, editor-in-Chief of the “Journal of Clinical Hepatobiliary Diseases,” as the person in charge of the project, he was awarded the National "Twelfth Five-Year" Major Scientific and Technological Project and New Drug Major Project, and served as the leader of the 973 research team; won 10 National Natural Science Funds, founder and chief of the first phase clinical trial ward of the First Hospital of Jilin University Served as director. As the person in charge, he presided over more than 20 clinical studies of new drugs. He won the second prize of China Medical Science and Technology Award, the first prize of Outstanding Achievement in Scientific Research of Ministry of Education, and the first prizes of Jilin Province Natural Science Award.

March, 2019 - Initiates co-development of the innovative drug RCYM001 for treatment of NASH, with Wuxi AppTec.

June, 2019 - Completes Phase 1 clinical trial of ZSP1603, the Category 1 Drug for the treatment of IPF and malignant tumor.

November, 2019 - ZSP0678, the Category 1 Drug for the treatment of NASH, enteres Phase 1 clinical trial with the dosing of the first patient in China.